Hello people, as I said I just began yesterday a game with my team El Recre or El Decano, as you prefer. The game is with 4.1.5 db.
First of all tell you that is in the Second Division of Spain, and we only could have two non Eu member players.  First of all I´m gonna show you the economy, that is good, but not much better as we´ll see later. 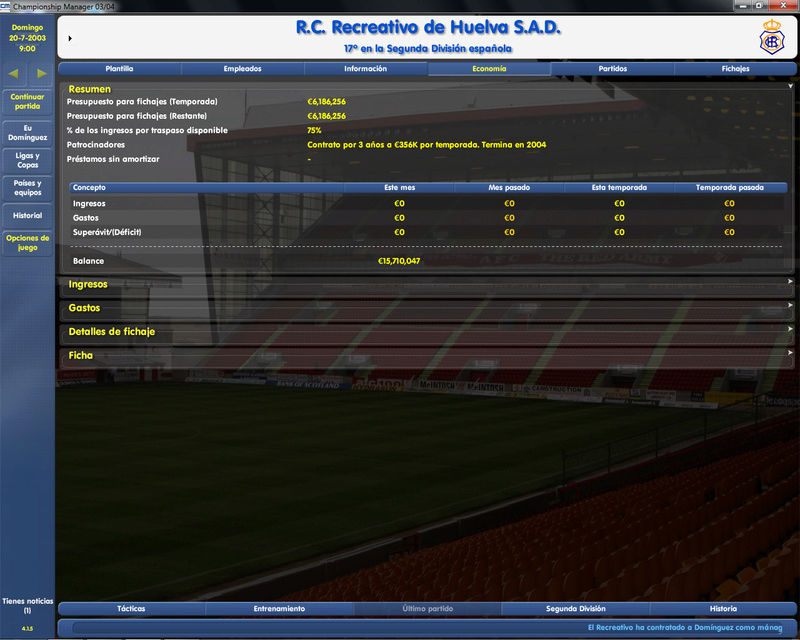 The reason I say that the economy is good, but not much better is the next, we have a squad with player that don´t have the level of the Second Division, I show you two screen of the team, one order by position, the other by the prize. 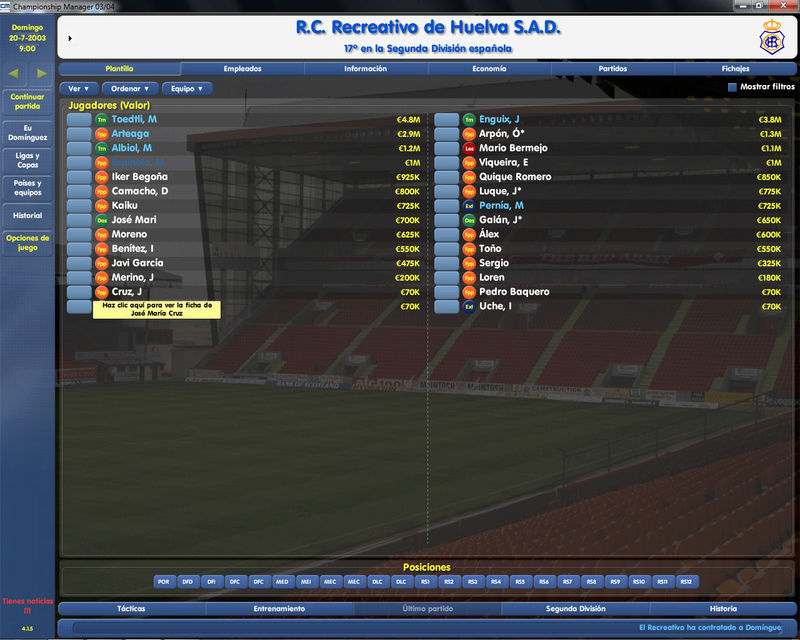 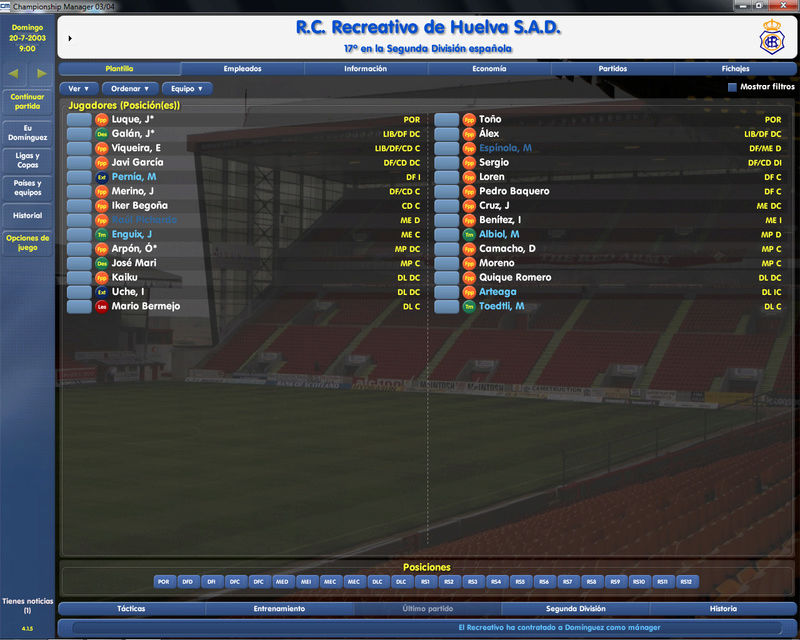 I gonna take some decisions:
1) Pernía is good, but not what I want, so I´m gonna finish the loan and Uche is gonna be fired, the non EU players will be others.
2) All the players aree transfer listed and offer to other clubs. They´re not enough good and we need money.
3) I want cheaps player that play well right now.
4) In other way I gonna buy somple players that are good, but just really thinking for the future.
5) My tactic I think that it´ll be a 4-2-2-2.

As you could see I need options specially in defenders Lefts and Rights anf Goalkeepers, and all the rest of the positions

, it´s just a first desire, and one think is what you want and other different is what you finally got. I´ll wait your comments, and I will tell you my news.